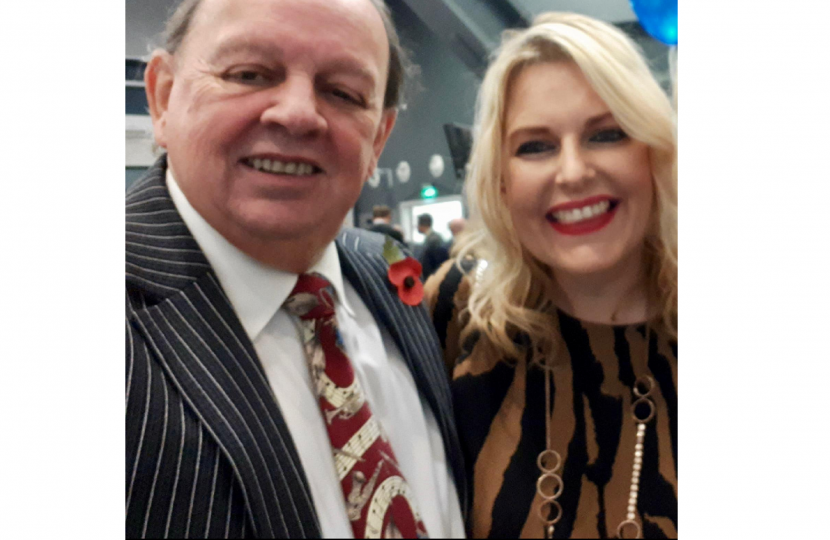 Mims Davies, MP for Mid Sussex and Cllr Pete Bradbury, Cuckfield WSCC Councillor, have worked closely with housebuilder Redrow to jointly agree a clear new plan for the Penlands Green roundabout build, keeping access to local businesses at the heart of the project.

A working party has regularly met virtually over recent months, after listening to concerns of business and nearby residents about how to address concerns raised regarding the planned road closures whilst a new roundabout is built at the Penlands Green new development in Haywards Heath.  All have agreed to best support Covid19 recovery, alongside a safe build with key input from Matt Davey, WSCC Director of Highways, Transport and Planning, as well as Robert Phelps, Technical Director from the developer Redrow.

Mims said ‘We had hoped via these meetings to be able to get works underway much earlier – ideally during the lockdown before the start of the recovery period with appropriate social distancing observed – unfortunately there proved to be constraints around availability of materials, contractors and utilities due to the Covid19 situation.’

She continues, ‘Although Redrow put plans in place to bring forward the start date by 2/3 weeks, its agreed contractor unfortunately succumbed to financial difficulties and so this was unable to happen. A new contractor has since been established but this has lost the time advantage we all hoped to achieve.’

Mims adds ‘One of the major concerns for businesses and residents was the long term closure of the Hanyle Lane/Borde Hill Lane junction for the duration of the works. As a group, we have worked hard to overcome this so, I’m delighted that Hanlye Lane will remain open for most of the build weeks allowing for local access to businesses and means the total closures will be kept to an absolute minimum. Current estimates are that this junction will need to close for approximately 3 weeks from mid-July.  At present Redrow is working with its new contractor to obtain further clarity on this.  WSCC is also working hard to arrange that the timing of other local highway’s works are such as to minimise the impact on the town and diversion routes.’

Andrew John Stephenson Clarke, owner of Borde Hill, comments ‘With Covid-19 closing many businesses during the Spring and early Summer the loss of profits and ongoing overheads meant that we are all very grateful for the support from all. However to remain viable, we also need to get Summer trading income and the threat of a full 12 weeks road closure and access impacted would have made some local businesses insolvent. It is therefore with huge relief, and many grateful thanks to Mims Davies MP and Cllr Pete Bradbury, that our request that Hanlye Lane remain open most of those weeks has now been heard and agreed by Redrow and Highways. We thank everyone who has made this change possible.’

Cllr Bradbury comments ‘Local roadwork schedules have been looked at so that the least amount of nearby disruption occurs and we are all committed to keep working together during the project to minimise the disruption and keep access as clear as possible to local attractions and businesses. I hope the community will support the traders and visit when they can so when this build is over we can all enjoy heading back to these great businesses.’

Robert Phelps, Technical Director at Redrow, comments: ‘We can confirm the roundabout works are set to move ahead as scheduled and we have worked hard with all parties to maintain the programme against the backdrop of Covid19. The lower levels of traffic on the roads at this time due to the pandemic meant we could again revisit plans and hold positive conversations about the access arrangements, listening to the concerns raised, resulting in some local routes being kept open through periods of the works.

‘We’re pleased to have been able to significantly reduce the closure time of the Hanlye Lane / Borde Hill Lane junction.’