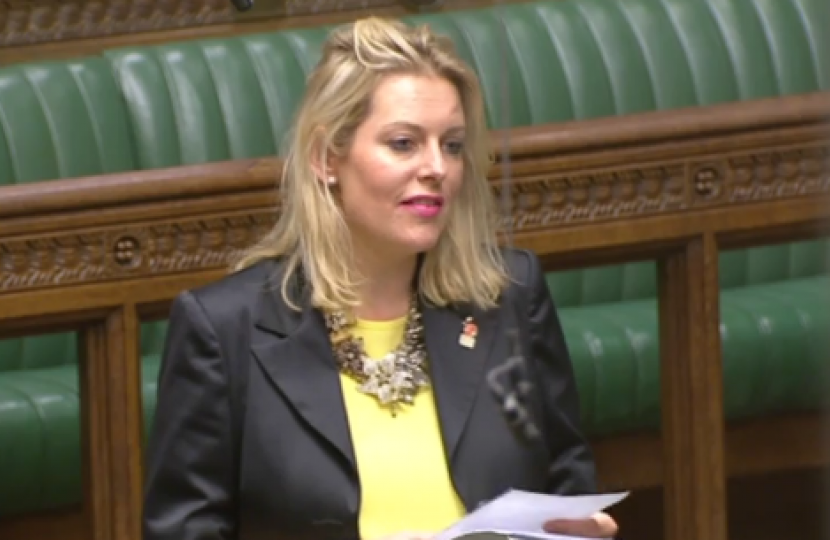 Hampshire MPs Mims Davies and George Hollingbery have expressed concerns today about Eastleigh Borough Council’s Local Plan, saying it again runs the risk of being thrown out by the planning inspector for a second time.

The plan is currently in the early stages of development and sets out the policies to guide the future development of Eastleigh borough in the period up to 2036. It will be discussed by councillors tomorrow (Thursday).

Eastleigh MP Mims said the scale of housing and commercial development required during this period and where it should be built must be enshrined in the local plan but it has to be valid.

“Poor work by Eastleigh Borough Council saw the last plan thrown out by the inspector in 2014 and we certainly don’t want a repeat of that,” she said.

"Eastleigh has been left vulnerable for two years to ‘hostile’ housing development while the council comes up with a replacement plan. Put bluntly: residents deserve better.

“Despite claiming that further technical work is required to develop the plan, I get the distinct impression the council has already identified scheme options B & C as their preferred choices and this is, in my view, not the correct way forward.

“The council must make absolutely sure that we are planning for the right number of houses in the right places across the borough.  The evidence base for every part of this emerging plan must be absolutely sound."

She added: "They need to make certain that any large developments are accompanied by the necessary improvements to infrastructure and the facilities we desperately need here in Eastleigh.

“This is also a political planning decision that constituents are crying out to have their say on. Councillors are not listening to them and I believe it’s being forced through without the consent of residents."

Meon Valley MP George, whose constituency borders Eastleigh said: “While the final version of the Eastleigh Local Plan has yet to be published, the preparatory documents I have seen do not give me much cause for reassurance.  I too am concerned options B & C seem to be the choices the council wants.

"These raise serious concerns about the impact of additional traffic, particularly on villages such as Durley and Lower Upham in my constituency.  The council highlights in their own documents that the provision of infrastructure is the biggest risk to the delivery of the plan and yet they have only commissioned an interim Strategic Transport Study thus far when far more detail is needed.

"This study is based on an assumed housing requirement figure of 17,000 by the end of the plan period in 2036.  Are we certain that figure is robust enough?

"Given that the inspector has already thrown the plan out once, surely the council should be absolutely certain they are doing things properly this time? I sincerely hope the council will bring forward a lot more of the detail before their next meeting in September."