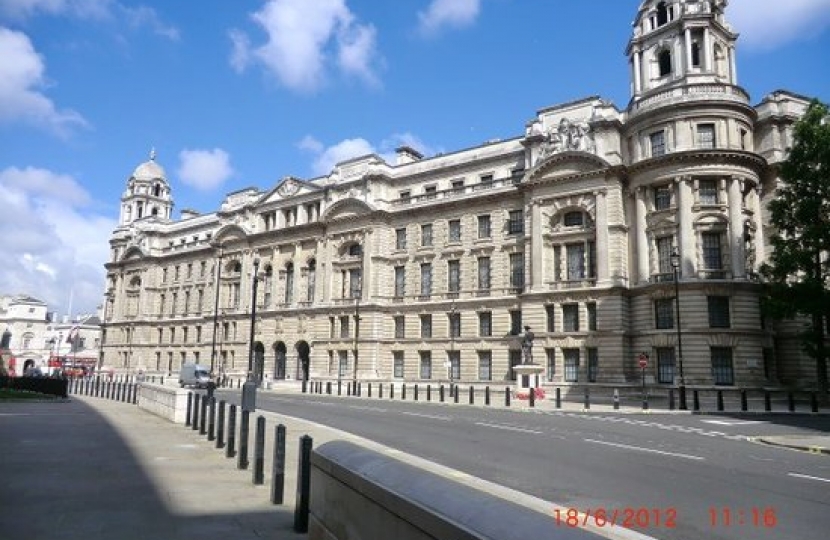 On 24th February, the Covert Human Intelligence Sources Bill returned to the House of Commons for MPs to make final considerations of amendments which the House of Lords had put forward.  I am pleased to say the key outcome of this debate was the amendments being agreed upon by the majority of MPs and as a result, this Bill has now received Royal Assent - meaning it has become enshrined in law and is an Act.

Several of my constituents have expressed their reservations with me over the last few weeks about certain components in the Bill, concerns which I fully take on board and which I would like to address here. This important piece of legislation commenced its journey through Parliament last September and in essence, it aims to provide an express legal power for the intelligence agencies, police and a small number of other public authorities to continue to use methods to maintain national security and prevent serious crime.

I know from reading some constituents’ emails the role and nature of what the Government describes as Covert Human Intelligence Sources (CHIS) who are agents, or undercover officers who may work in the company of criminals or terrorists has been a cause for concern. However, I would like to reassure constituents of the key function of CHIS, namely to help to secure prosecutions and disruptions, through infiltrating criminal groups.   This does often mean participation in criminal conduct, which is a part of CHIS use.

I feel it very useful to stress this takes place in carefully managed circumstances and furthermore CHIS will never be given unlimited authority to commit any or all crimes. Indeed, where a CHIS commits any criminality outside the tight parameters of the authorisation, the prosecuting authorities can consider this in the normal way.

Another related reservation constituents have expressed to me centres around the issue of juvenile CHIS, who may be tasked to participate in criminal conduct in very rare occasions.  I would like to dispel how some in the media have described these individuals as “child spies”, through emphasising the authorising officer is under a duty to safeguard and promote the best interests of the juvenile. This reflects article 3 of the UN convention on the rights of the child and I believe this must be a primary consideration whenever they are considering an authorisation of a juvenile CHIS to participate in criminal conduct.

In order to further ensure the above point is adhered to when following the law, one of the amendments approved this week is to do with providing “additional safeguards in relation to the authorisation of juveniles or vulnerable covert human intelligence sources”.   In the debate my ministerial colleague The Solicitor General Michael Ellis MP described this clause in the following way: “The amendments further clarify in the Bill that an appropriate adult must be in place in any meetings with any individual under the age of 16 years, and there is a presumption that an appropriate adult will attend meetings with 16 and 17-year-olds, with any derogation from that presumption justified in writing. The amendments also add additional safeguards for vulnerable individuals to the Bill. They require an enhanced risk assessment to be carried out, state that the source must be capable of understanding and consenting to the deployment and any associated risks, and state that consideration must be given to the best interests of the source”.

I have been encouraged during the travel of this Bill through Parliament – and I hope constituents will be – by the Government making clear there are upper limits to the activity which can be authorised under this legislation. These are contained in the Human Rights Act, including the right to life and the prohibition of torture or subjecting someone to inhuman or degrading treatment or punishment.

In short, I believe this to be vital legislation for our country, and I feel goes to the heart of efforts to keep communities safe from those who seek to do us harm. The work of CHIS has been critical in disrupting many of the terrorist plots our agencies have stopped. Indeed,  I have been told by ministerial colleagues in 2018 alone, CHIS led operations allowed the National Crime Agency to disrupt over 30 threats to life, effect numerous arrests of serious organised criminals, seize over 3 tonnes of Class A drugs, safeguard over 200 people, and take almost 60 firearms and 4,000 rounds of ammunition off the street.

These achievements I believe are to be applauded and this is why, after careful consideration, I voted in favour of the Bill this week.  This included voting for the two Lords’ amendments,  the first ensuring the criminal injuries compensation scheme remains an available route of redress and the second providing additional safeguards for CHIS juveniles or other vulnerable covert human intelligence sources.

I hope through sharing my thoughts I have allayed the concerns some constituents have expressed.  I will continue to engage with ministerial colleagues at the Home Office, in order to ensure the concerns of constituents are being addressed, as our valued security services begin to implement this new law in order to keep us all safe.

I believe this legislation to be paramount in upholding our national security and the prevention of serious crime in these highly uncertain times, both at home as well as across the world.    I therefore supported the Government and voted for the Bill which has now become an important Act of Parliament.

For the Hansard transcript of this week’s debate (including the two Lords’ amendments which were agreed upon) please visit https://bills.parliament.uk/bills/2783/stages/12728

For further details on the Act including the official publications and Hansard transcripts at every stage please visit https://bills.parliament.uk/bills/2783