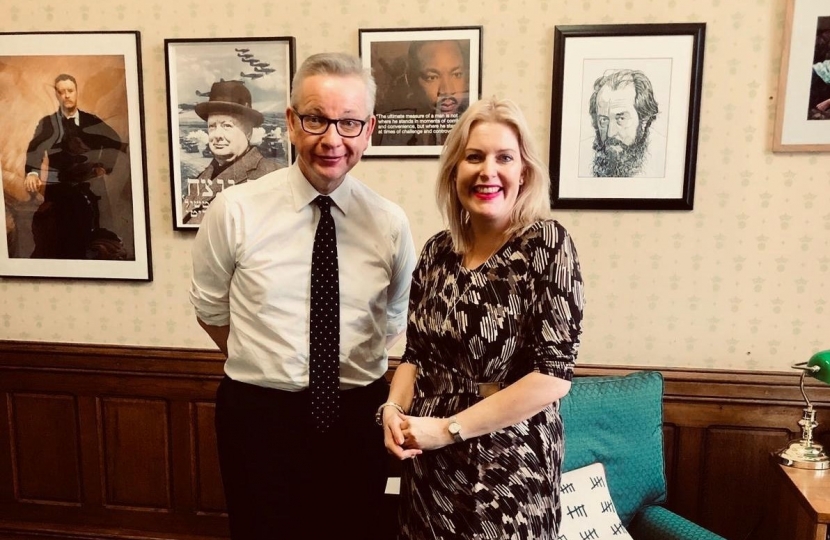 The Member of Parliament for Eastleigh, Mims Davies, who was diagnosed with coeliac disease over fifteen years ago and as a result has a strict gluten-free diet has welcomed an announcement by Secretary of State for Food, Michael Gove, confirming plans for a new law requiring food businesses to include full ingredients labelling on pre-packaged foods.

The move comes after the tragic death of Natasha Ednan-Laperouse, the teenager who died after suffering an allergic reaction to a Pret a Manger baguette, with the new legislation, known as ‘Natasha’s Law’, aimed at tightening the rules requiring foods that are pre-packed directly for sale to carry a full list of ingredients – giving allergy sufferers greater trust in the food they buy.

“Living with coeliac disease, I know the daily struggle of knowing what I can and can’t eat, and very often go without rather than ‘risking’ a reaction, which can leave me feeling incredibly sick and unwell. Meanwhile, as the Mum of two daughters in a family that also has a peanut allergy which is luckily relatively mild on the scale, I was heartbroken by the needless death of Natasha Ednan-Laperouse, and recognise the huge difference this law will make.

“I therefore really welcome that Michael Gove will be bringing this key piece of legislation forward before the summer recess, ensuring that we all have greater confidence in the labelling of the food that we’re eating.

“We are absolutely delighted that the Secretary of State has announced the government’s decision to go ahead with full allergen and ingredient labelling. While Natasha’s Law comes too late to save our beloved daughter, we believe that helping save other allergy sufferers and their families from the enduring agony that we will always bear is a fitting legacy for her life.

“We would personally like to thank Michael Gove and Health Secretary Matt Hancock for their unflinching support in doing the right thing on behalf of all people with allergies, and their support in setting up the Natasha Allergy Research Foundation which we are launching in Natasha’s memory.”

The reforms cover labelling requirements for foods that are prepared and packed on the same premises from which they are sold – such as a packaged sandwich or salad made by staff earlier in the day and placed on a shelf for purchase.

Currently, these foods are not required to carry labels, and if asked by a consumer allergen information must be given in person by the food business.