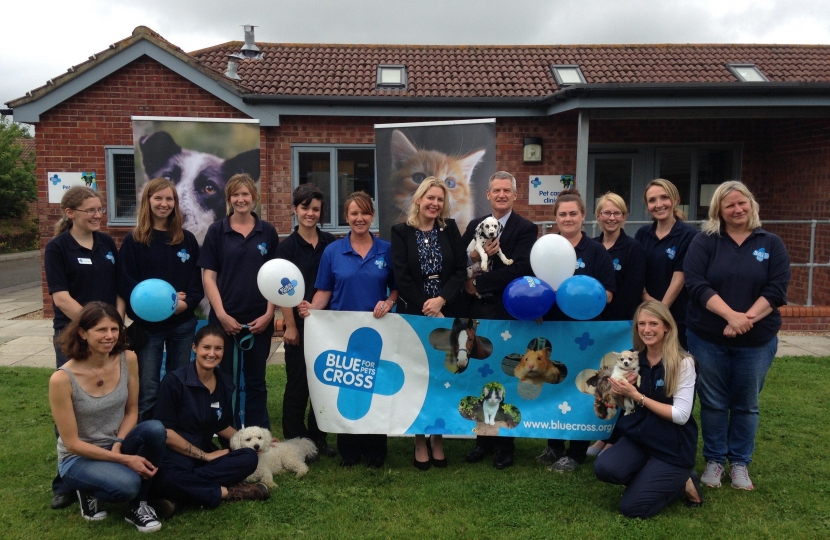 The Member of Parliament for Eastleigh, Mims Davies, has welcomed the introduction of a key Bill to the House of Commons by Environment Secretary Michael Gove. The Animal Welfare (Sentencing) Bill means that animal abusers could face up to five years in prison, a significant increase from the current maximum sentence of six months.

This will make it one of the toughest sanctions in Europe, strengthening the UK’s position as a global leader on animal welfare.

“Having worked alongside Environment Secretary Michael Gove on this legislation, I am absolutely delighted that this key Bill has been introduced to Parliament. Dozens of local people contacted me to say that they wanted the sentence for animal abuse to be significantly increased, and this measure shows that the Government is listening and acting!

“My own dog TJ – a troublesome but cute Cockapoo! – is just as much a member of my family as anyone else, and like my constituents I have been shocked by the cruelty that too many animals are subjected to but also hugely impressed by the role carried out by animal charities such as Blue Cross, which has a base locally in Bubb Lane.

“Once this Bill becomes law, it will reflect the asks of both campaigners and charities like Blue Cross, preventing abuse against animals while more strongly dealing with those who break the law, and I absolutely welcome and support it.”

The Bill follows a public consultation last year, in which more than 70% of people supported the proposals for tougher prison sentences. It means the courts will be able to take a tougher approach to cases such as dog fighting, abuse of puppies and kittens, or gross neglect of farm animals.

“There is no place in this country for animal cruelty. That is why I want to make sure that those who abuse animals are met with the full force of the law. Our new Bill sends a clear message that this behaviour will not be tolerated, with the maximum five-year sentence one of the toughest punishments in Europe.

“I am committed to making our country the best place in the world for the care and protection of animals.”