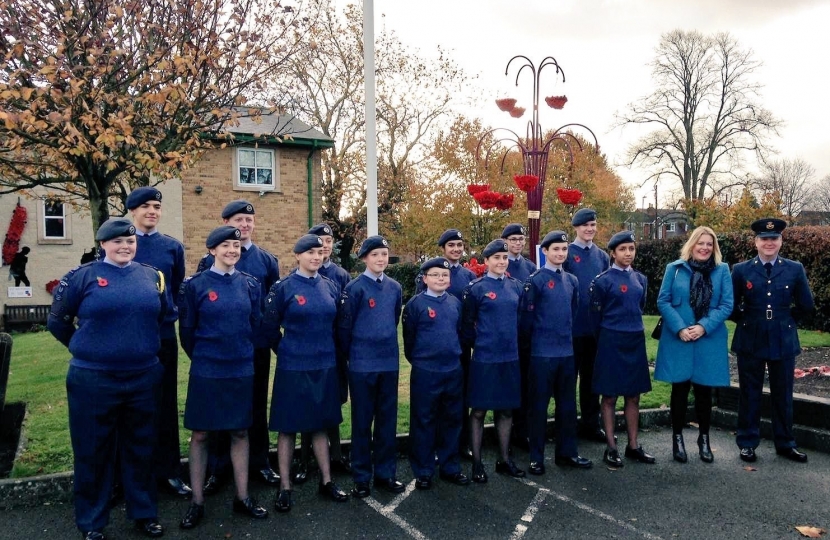 Today the Member of Parliament for Eastleigh, Mims Davies, sat in on a key debate in the Commons Chamber as MPs across the House and across the political divide recognised the considerable contribution that the RAF has made during its hundred year history.

“Our area - particularly Hamble, Netley and Bursledon - has an incredibly close link with the RAF, playing host to those training to fly the Spitfire, the Lancaster and the Wellington during World War Two, while those living and working locally during that time frequently witnessed these incredible aircraft gliding through our skies.

“Those brave heroes of the sky were an important part of our community, and a part that living in Hamble myself I know we are all incredibly proud of. Earlier this month on Remembrance Sunday we marked the sacrifice that ALL of the servicemen and servicewomen have made, and continue to make, including those who served and continue to serve in the RAF.

“Likewise, on Remembrance Sunday this year I had the huge pleasure of meeting with members of the Air Training Corps in Hedge End, and it was really clear how proud they are of our fantastic RAF, its history, and how its virtues guide them.

“I was also lucky enough to watch the incredible RAF100 flyover earlier this year as it crossed the skies of London, including passing over Parliament, and so too it was an honour to sit in on this debate and listen to some of the incredibly moving contributions of colleagues across the Commons.”

Formed towards the end of the First World War on 1 April 1918, the RAF is the oldest independent air force in the world, and has played a quintessential part within the British military, and probably most notably during the Second World War where it fought its most famed campaign, the Battle of Britain.