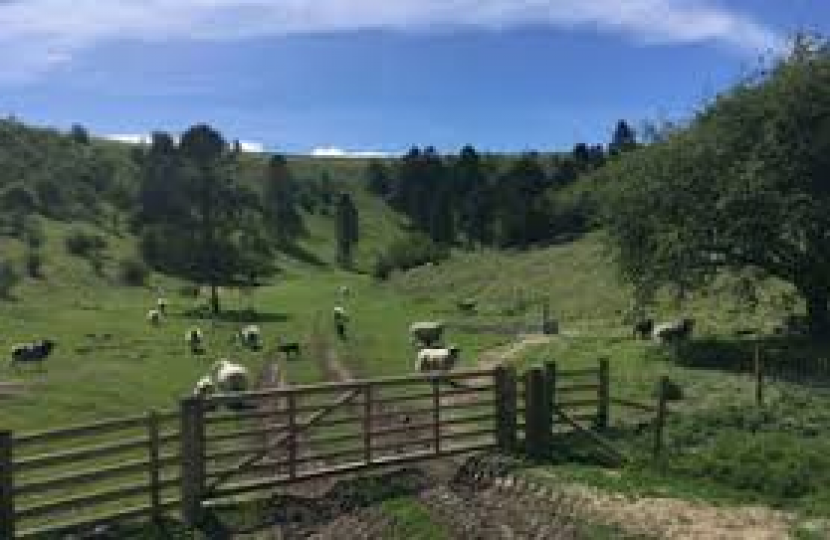 I want to take this opportunity to talk about the Government’s recent, historic announcement on the end of the sale of new petrol and diesel cars in the UK by 2030, putting the UK on course to be the fastest G7 country to decarbonise cars and vans. The move is underpinned by over £1.8 billion to support greater uptake of zero-emission vehicles for greener car journeys. This an absolutely vital step in this Government’s net-zero target of 2050.

The Transport Secretary, Grant Shapps MP, commenting on the announcement, said: “The UK is going further and faster than any other major economy to decarbonise transport, harnessing the power of clean, green technology to end the UK’s contribution to climate change by 2050.

“Bringing forward the phase-out date could create 40,000 extra jobs by 2030, particularly in our manufacturing heartlands of the North East and across the Midlands, and will see emissions reductions equivalent to taking more than 4 million cars off the road.”

As set out in the 25 Year Plan to Improve the Environment, the decision to leave the European Union has created a historic opportunity to deliver a Green Brexit, where environmental standards are not only maintained but enhanced.

I am pleased the Bill will ensure the environment is at the heart of all policy-making and that this and future governments are held to account if they fail to uphold their environmental duties. These will include meeting net-zero by 2050, as well as wider long-term legally binding targets on biodiversity, air quality, water, and resource and waste efficiency which will be established under the Bill.

The decision to leave the European Union has created a historic opportunity to deliver a Green Brexit, where environmental standards are not only maintained but enhanced. I am pleased that the Environment Bill will ensure the environment is at the heart of all policy-making and that this and future Governments are held to account if they fail to uphold their environmental duties. Long-term legally binding targets on biodiversity, air quality, water, and resource and waste efficiency will be established under the Bill and the Secretary of State will be required to give updates to Parliament on these.

As the UK was the first G7 economy to legislate to achieve net-zero emissions, I welcome the Prime Minister’s Ten Point Plan which will allow the UK to forge ahead in eradicating the UK’s contribution to climate change.

In the 25 Year Environment Plan, the Government committed to developing a Nature Recovery Network and, in the long term, to create or restore 500,000 hectares of wildlife-rich habitat outside the protected site series. A new framework for Local Nature Recovery Strategies will be legislated for in the Environment Bill, to help support the Nature Recovery Network and better direct investment in the environment and green infrastructure – creating places that are richer in wildlife and provide wider benefits for local communities. The Bill will also require the preparation and publication of Local Nature Recovery Strategies, mapping nature-rich habitats so that investment can be targeted where it will make the most difference. These local plans will embrace local knowledge to strengthen links between neighbouring communities and support the wider Network.

On energy, the UK will produce enough offshore wind to power every home, quadrupling how much we currently produce to 40GW by 2030, thereby supporting up to 60,000 jobs. The Government will work with industry and aim to generate 5GW of low carbon hydrogen production capacity by 2030 for industry, transport, power and homes. In addition, the Government aims to develop the first town heated entirely by hydrogen by the end of the decade. The UK will also become a world leader in carbon capture technology to store harmful emissions away from the atmosphere, with a target to remove 10MT of carbon dioxide by 2030, equivalent to all emission of the industrial Humber today, through £200 million investment. Finally, from £525 million investment in nuclear as a clean energy source, this will develop the next generation of small and advanced reactors which could support 10,000 jobs.

Other parts of the plan include a target to install 600,000 heat pumps every year by 2028, £1 billion funding to make our schools, hospitals and homes more energy-efficient, planting 30,000 hectares of trees every year, promoting and investing in zero-emission transport and £20 million to develop clean maritime technology. The plan also includes a pledge to end the sale of new petrol and diesel cars and vans by 2030, while the sale of some hybrid cars and vans will continue until 2035.

At the centre of this blueprint are the UK’s industrial heartlands, including in the North East, Yorkshire and the Humber, the Midlands, Scotland and Wales, which will drive forward the green industrial revolution and build green jobs and industries of the future.

This plan will mobilise £12 billion of Government investment to create and support 250,000 highly-skilled green jobs across the UK. It is expected to spur over three times as much private sector investment by 2030. The plan builds on the UK’s existing strengths and will cement London as the global centre of green finance. The plan is particularly important in the run-up to hosting the COP26 climate summit in Glasgow in November 2021 where the UK will call for further global action.

The Environment Bill states the Office for Environmental Protection must act objectively and impartially. Ministers will not be able to set its programme of activities or influence its decision-making and it is intended its chair will be subject to a pre-appointment scrutiny hearing. It is important this Office is independent, and I have been assured it will be.

I will continue to update you as this Bill travels through Parliament.