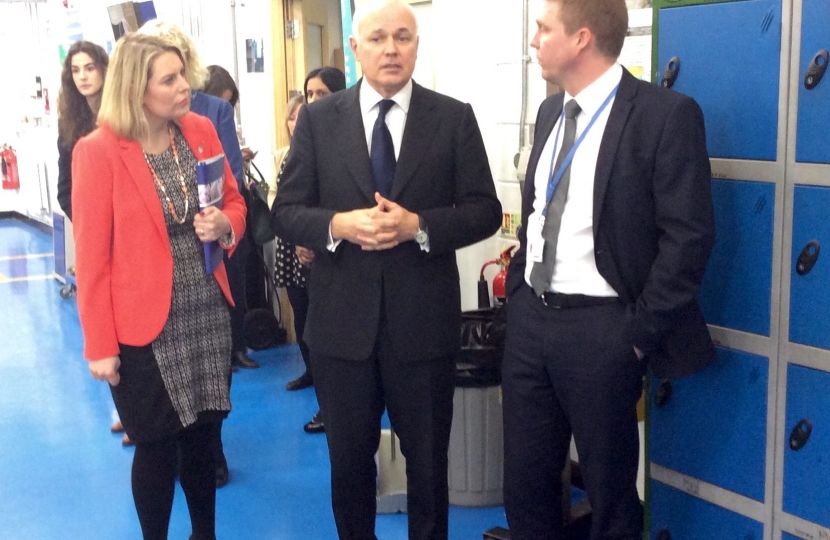 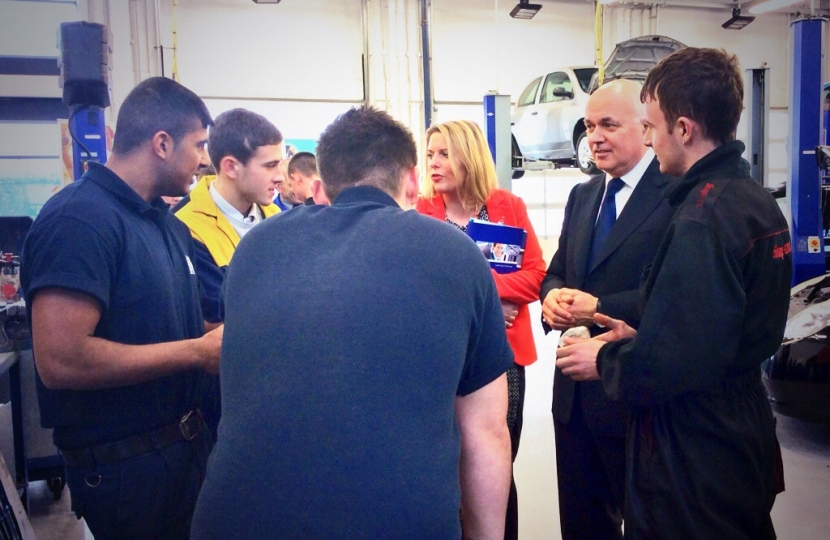 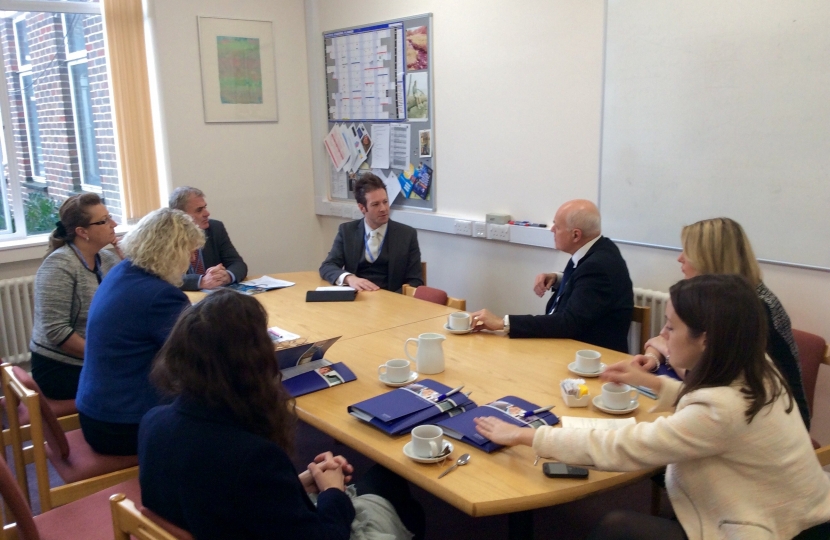 Mims Davies welcomes a Ministerial visit from the Secretary of State for Work and Pensions, the Rt Hon Iain Duncan Smith MP.

Eastleigh College had an important visit from the Rt Hon Iain Duncan Smith on Thursday 11 December 2014. “It was excellent to see the Secretary of State for Work and Pensions speaking with students and apprentices regarding the innovative training they are receiving", says Mims Davies. She continued “The evidence of the training the college staff are giving NEETs, the unemployed, trainees and apprentices will increase their job prospects for any employer looking for the skills they have acquired. This college actively works with the Eastleigh Business community and their outcomes are simply incredible with over 25,000 learners in the last year with over 6,000 learners in the workplace achieving a 93.6% success rate".

During IDS visit he talked with staff, met with Dr Jan Edrich, Chief Executive and college Principal at the Engage Recruitment department where the college’s recruitment service facilitate the progression opportunities for the unemployed into work. He recognised the excellent support the NEETs receive in their effort to make them employable, at the same time giving them confidence and belief in their skills set which prospective employers would need and recognise from the training and apprenticeships they are receiving.

The Secretary of State, showed such interest in the work the college was doing in preparing students and the unemployed to enter the world of work.

IDS discussed the work being done with NEETS, the unemployed, Traineeships and Apprenticeships being offered to make them employable.  IDS also met with staff and students at the Motor Vehicle Workshop, seeing in action the work being done to give students and apprentices the skills needed in the motor industry.

IDS said “It was brillant to see how all students embrace the support given by the staff which will undoubtedly propel them into the work place with a greater confidence that they are readily employable. This truly is an outstanding college with the largest employer based contract for work place learning in the south running over 1,000 course per year. It’s partnership working is exemplary and a lot of what I saw today can be replicated".