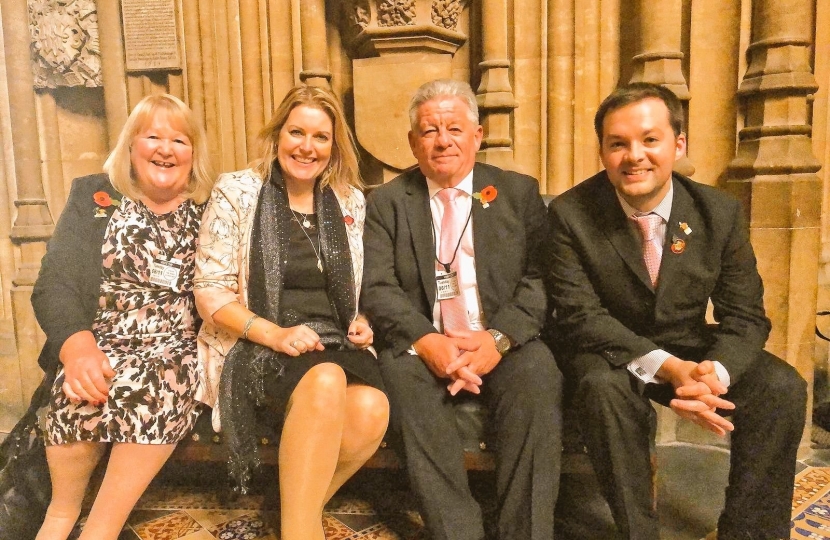 The Member of Parliament for Eastleigh, Mims Davies, has welcomed the progression of the Defibrillators (Availability) Bill to its Second Reading in the House of Commons yesterday. The Bill – to which the Eastleigh MP was previously a signatory – ran out of time in the last Parliament, but now has the potential to become law.

“Having been a signatory to this Bill when it was first introduced, and spoken in the Commons Chamber and more recently at a CRY reception about the huge benefits of having defibrillators more readily available, I am really pleased that my colleague, Maria Caulfield, has brought this Bill back before the Commons.

“My constituents will be aware of my continued commitment to supporting the incredible work of CRY and local constituents Graham, Anne and Peter, and last month I was really pleased to arrange for them to meet with the Health Secretary Matt Hancock to discuss how more needs to be done to prevent people losing their lives as the result of an undiagnosed heart condition.

“Carrying forward that campaign, soon after being elected I led a debate on cardiac screening for young people in the Commons Chamber, and at that time heard some wonderful examples of local campaigns across the country to have more defibrillators installed within our communities, and I again pay tribute to all the people involved in ensuring that we accelerate access to defibrillators.

“As the Parliamentary Under-Secretary of State for Sport and Civil Society I recognise that my Department encourages the provision of defibrillators in leisure and sports clubs, as well as training for staff about CPR, and I will be pushing this subject strongly within Government.”

“On March 9th 2013, our daughter Claire suffered a cardiac arrest at a spa resort. The resort was in a remote location in Somerset. The resort did not have a defibrillator. Claire sadly died. We now know that had a defibrillator been present, it would have shocked her heart back into a normal rhythm, and she would be alive today.

“Having public accessible defibrillators that are easy to use pieces of life saving equipment in all places is so essential and should be mandatory in all areas accessible and used by the population, not just on buildings but in Public Service Vehicles, including buses and trains but also commercial aircraft. These easy to use devices save lives!

“This was an item our family raised with the Secretary of State for Health. The Rt. Hon Matt Hancock MP, in a meeting we had with him in November 2018, and as a family we 100% support this Bill.”

Every week 12 young people die as a result of a sudden cardiac arrest. If they are in a shockable rhythm, around 80% of them could be saved by the use of a defibrillator.

According to the British Heart Foundation, almost 30,000 cardiac arrests a year happen outside hospitals, and less than 10% of those people survive.