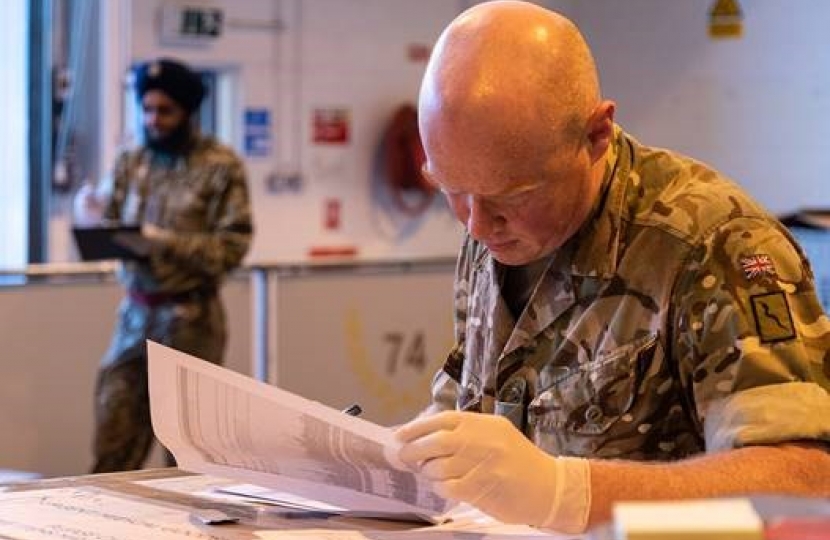 Mims Davies MP has hailed the Prime Minister’s statement on the biggest programme of investment in British defence since the end of the Cold War as a key component in strengthening the UK’s post-Brexit role as a global leader.  Combined with the manifesto commitment of a 0.5% uplift, the total increase for Defence is a substantial £24.1 billion.

One key aspect of the ambitious plan is a multi-year settlement which will allow the MoD to invest in next-generation military capability, defending the nation from new and evolving threats and protecting the world’s most vulnerable while creating 10,000 jobs annually across the UK.

This news announced today is very welcome.  Unfortunately, we are living in a post-Cold War world which has proven to be unpredictable and posing many real threats to our way of living.  This substantial funding boost of an extra £16.5 bn will provide us as a nation with an increased security framework and I am glad the Prime Minister is prioritising this even now during the pandemic”.

“The international situation is more perilous and more intensely competitive than at any time since the Cold War and Britain must be true to our history and stand alongside our allies. To achieve this we need to upgrade our capabilities across the board.

The defence of the realm must come first”

This is excellent news for Defence, and provides us with the financial certainty we need to modernise, plan for the future, and adapt to the threats we face. It demonstrates the Prime Minister’s recognition of how important Defence is to our resilience, and to the reputation of the United Kingdom.

More information on this announcement is here: https://www.gov.uk/government/news/defence-secures-largest-investment-since-the-cold-war