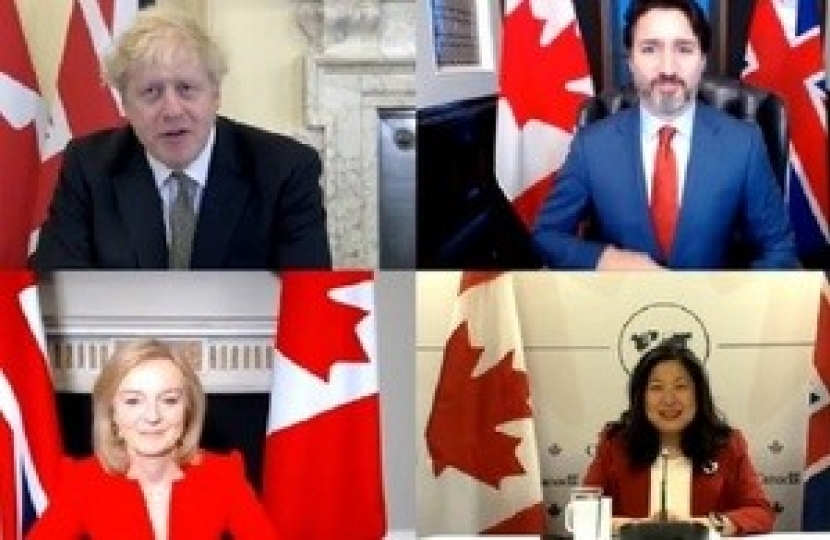 Over the weekend a significant rollover trade deal was secured between the Government and Canada, with an arrangement reached to commence more advanced negotiations next year between the two countries.  This agreement which reflects current EU-Canada trading arrangements gives certainty for UK businesses trading goods and services with Canada worth £20 billion, with forthcoming negotiations aimed to result in an increase in this figure.

“This initial trade agreement reached a few days ago with Canada is the first step towards cementing an ambitious and mutually beneficial trade deal, which will bring many advantages to the UK economy as we venture onto the global stage as an independent nation making its own trade decisions.

What this means I believe for our Mid Sussex businesses who trade internationally, or who are planning to, are new and expanded business opportunities with a friend and ally.  As we emerge from COVID and start to trade globally as a nation outside of the EU, I would encourage businesses based in Mid Sussex to explore exciting new horizons in their business planning”.

“Today’s agreement underpins £20 billion worth of trade and locks in certainty for the thousands of jobs. We look forward to striking a new more ambitious deal next year with the aim of creating more opportunities for businesses and improving the lives of people across the country”.

More information on this can be found here: