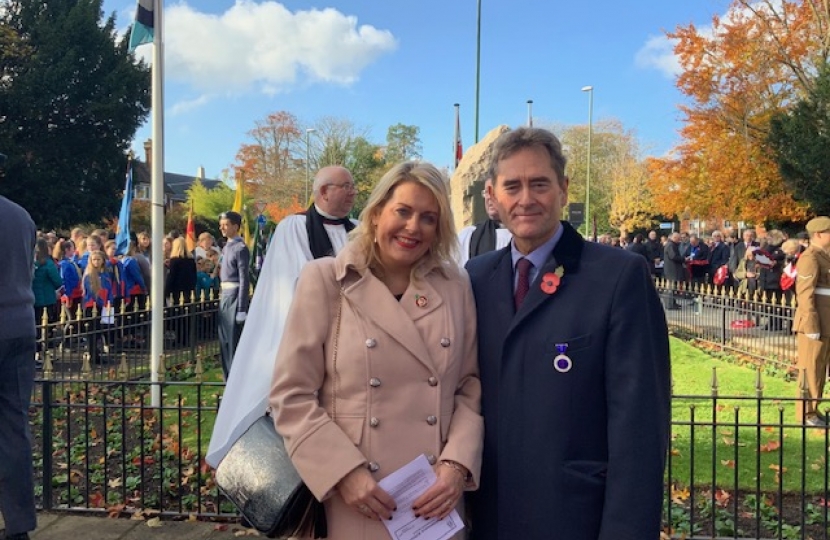 I was honoured to join the town of Haywards Heath on Remembrance Sunday yesterday and again on Armistice Day today to lay wreaths in an act of remembrance. It was wonderful to see such a strong turnout from so many dignitaries and other members from across the community including Katy Bourne, Police and Crime Commissioner, Town Mayor Cllr Alastair McPherson, Leader of Haywards Heath Town Council, Cllr Mike Pulfer, Leader of Mid Sussex District Council, Cllr Jonathan Ash-Edwards, fellow councillors and members of the Police, Fire & Ambulance Services amongst others.

It having been sometime since I have been able to join this occasion, it was humbling to return to such a well-attended commemoration and to also to see such a good turnout from our uniformed youth such as the Scouts, Guides, Beavers and their volunteer leaders. But more importantly the opportunity to stand beside our local veterans, service personnel and those proudly wearing the medals of lost loved ones on what turned out to be a sunny Sunday which is always gratefully received and helped swell the crowds. Marking remembrance is so important in this and every community and I was deeply proud to attend this event. It was extremely nice to see many people from the community including Sir Richard Kleinwort and representatives from charities and community groups who I enjoyed spending time catching with afterwards at the refreshments at Haywards Heath Town Council.