Mims Davies is delighted to see The Civil Service has signed the Menopause Workplace pledge. 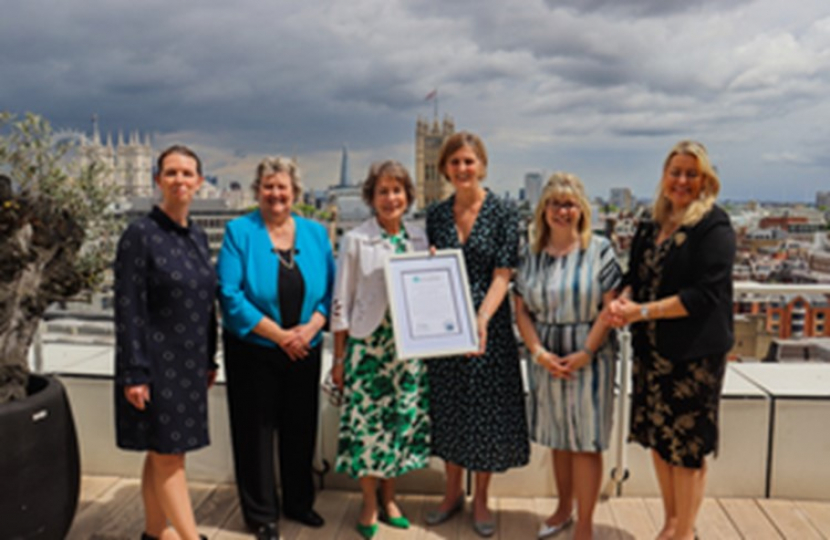 The Civil Service becomes the biggest organisation to sign the Pledge, which was signed on the 7th June 2022. Joining more than 1000 organisations who have already done so, they have committed to recognise the impact of menopause and actively support women who are affected. This was endorsed at a special event which highlights the government’s ongoing commitment to support women in the workplace.

The first ever government-led Women’s Health Strategy for England will be published shortly, with the appointment of a new Women’s Health Ambassador to raise the profile of women’s health issues

Minister for Employment, Mims Davies said:
We’re absolutely committed to ensuring we have the support in place to recruit and retain women experiencing the menopause, including in the Civil Service, and last month we saw the number of women in the UK workforce rise by more than 58,000.

Menopause is still a leading cause for women leaving the workforce, which is why I’m working with employers, and across government to improve the support in place for women in the workplace.

The pledge, organised by the Wellbeing of Women charity, calls on signatories to recognise the impact that menopause can have, create open environments to talk about the issue and provide active support for staff.

262,670 women work in the Civil Service, making up more than half of the Civil Service. The average age of civil servants is 45 years and this often when women will be going through the perimenopause or menopause.

Becoming a signatory of the Wellbeing of Women ‘Menopause Workplace Pledge’ demonstrates the government’s ongoing commitment to support women in the workplace, including by helping to generate more conversations between managers and employees, and creating a more inclusive workplace which enables women of all ages to thrive.

It builds on the Civil Service’s existing support, including the Menopause in the Workplace Policy launched in December 2021, which identifies ways that departments can support employees such as by offering workplace adjustments.

For some women, the symptoms of the menopause can be extremely debilitating and it’s absolutely crucial they feel confident asking for support at work.

This pledge will ensure women working across the civil service feel supported. I encourage other businesses to do the same – big companies, such as Asda and Thames Water, are already joining us with this pledge to make sure their workplaces have menopause strategies in place.

Underpinned by analysis from almost 100,000 responses to the call for evidence from women across the country, the strategy will reflect the government’s ambition for a healthcare system that prioritises care on the basis of clinical need, not gender – of which menopause will form a central part.

The government has also set up a Menopause Taskforce, chaired by Minister for Women’s Health, Maria Caulfield and Carolyn Harris MP, to consider the role that education and training, workplace policies and peer groups for menopausal women can play in supporting women through what can be a mentally and physically challenging time.

The menopause affects hundreds of thousands of women every year, but for some the symptoms of the menopause can seriously affect their daily lives, impacting them while at work.

Women are a vital part of the workforce and this pledge by the civil service shows what can be done by an employer to help women going through the menopause.

We’re continuing to level up women’s health and we have already launched a grant fund to support women in the workplace, set up the menopause taskforce and we will publish the first ever government-led Women’s Health Strategy.