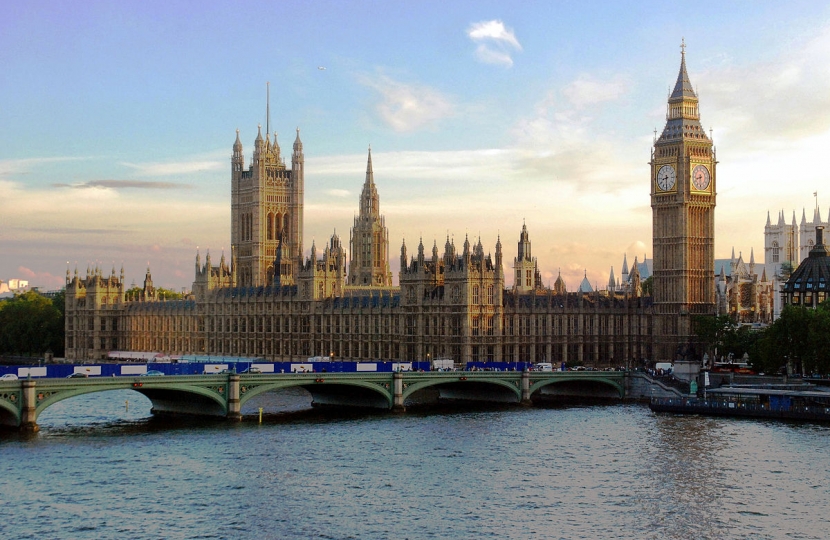 Last week, the UK and EU announced the Trade and Cooperation Agreement (TCA) on Christmas Eve and I hope constituents across Mid Sussex will be pleased to hear that yesterday (December 30th), both Houses of Parliament approved the deal we have secured for the UK, which delivers on what the British people voted for, both in the referendum and the last election. I was delighted to vote through this new agreement and end four and half hard years of increasing bitterness, division and wrangling after the referendum result. This deal puts an end to this and offers an excellent starting point for our future relationship.

It was pleasing to see MPs voted 521 to 73 in favour of this legislation, a comprehensive margin. Those MPs that voted against or abstained comprised of almost a fifth of Labour MPs, as well as the SNP, Liberal Demorats, Plaid Cymru, Northern Irish DUPs and the sole Green MP. With the transition period deadline taking place a day after this vote, those voting to abstain or against this Bill were, in effect, voting for a so-called No Deal Brexit. No matter how the Opposition try to dress it up, it is the simple fact.

This new deal delivers on our manifesto pledges – it takes back control of our laws, borders, money, trade and fisheries – as well as ending any role for the European Court. From January 1st 2021, the UK will have political and economic independence and the ability to strive out on our own in building closer ties with countries across the world. This new year brings about the opportunity to strike trade deals with new markets, reasserting ourselves as a liberal and free trading nation; and acting as a force for good in the world.

The Prime Minister had the following to say on the agreement in the House of Commons yesterday:

“At the heart of this Bill is one of the biggest free trade agreements in the world, a comprehensive Canada-style deal, worth over £660 billion, which, if anything, should allow our companies to do even more business with our European friends, safeguarding millions of jobs and livelihoods in our UK and across the continent.

“In less than 48 hours, we will leave the EU single market and the customs union, as we promised and yet British exporters will not face a sudden thicket of trade barriers, but rather, for the first time in the history of EU agreements, zero tariffs and zero quotas.

“And just as we have avoided trade barriers, so we have also ensured the UK’s full control of our laws and our regulations and there is a vital symmetry between those two achievements, because the central purpose of this Bill is to accomplish something that the British people always knew in their hearts could be done, but which we were continually told was impossible.”

I hope as we move into the new year we see the beginning of a bright future, working as good friends and neighbours with our EU partners. I look forward to playing my part in this through my Ministerial role.

Best wishes to you all for the New Year and do keep safe.

To hear my further thoughts on the trade agreement, please visit here: https://www.mimsdavies.org.uk/news/taking-back-control-our-new-deal

For full details on this fantastic Trade Agreement with the EU, please visit here: https://www.gov.uk/government/publications/agreements-reached-between-the-united-kingdom-of-great-britain-and-northern-ireland-and-the-european-union/summary-explainer