My Column for the Mid Sussex Times 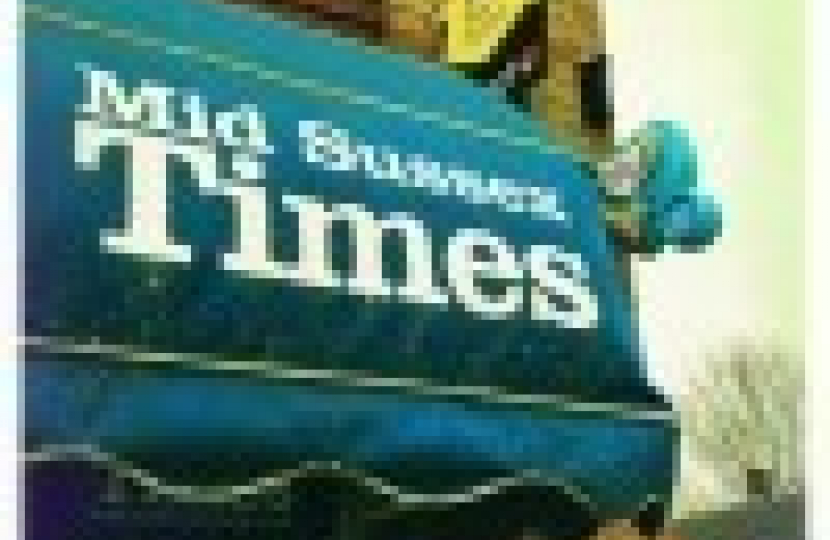 Before Parliament rose for summer recess, I was honoured to be able to speak in the first “Sir David Amess Summer Adjournment debate”. I used this as an opportunity to pay tribute to my predecessor, Sir Nicholas Soames, reflecting on his long service and his commitment to the constituency.

I was delighted to be able to celebrate local successes, such as the University of Sussex research facilities coming to Haywards Heath with Universal Quantum Ltd. I also, however, used the debate to raise some issues.

One of these being the long-awaited delivery of a new town centre in Burgess Hill. So far there have been two un-progressed planning permissions.  As a result, I am currently working with the District Council on a new, updated, vital levelling up fund application. I urged in the debate, the Department for Levelling Up, Housing and Communities to help shovel-ready regeneration projects receive their money to get work underway.

I also bought the issue of housing in Mid Sussex to the attention of the House. We are delivering homes in Mid Sussex, in the right places, through a local plan, but we are being ridden roughshod over, too often, by the Planning Inspectorate on planning applications that are unacceptable. I know that our communities are doing their bit when it comes to housing, and they want Government to listen. This is something that I have been pressing on our leadership contenders. We need those sites already with planning permissions to come forward as nobody can live in a ‘planning permission’.  By doing this it puts less pressure on us in Mid Sussex, where unsuitable previously protected sites come forward because developers are sitting on already agreed housing developments, whilst pursuing further sites.

I also took the opportunity to raise delivering a suitable cultural centre on the Clair Hall Site.

Locally, I recently joined Paws and Claws Animal Rescue Service Charity in Sayers Common which takes in Cats from the Mid Sussex area. It was wonderful to see how their feline residents are cared for. Do join their next fund-raising open day on Saturday 20th August.