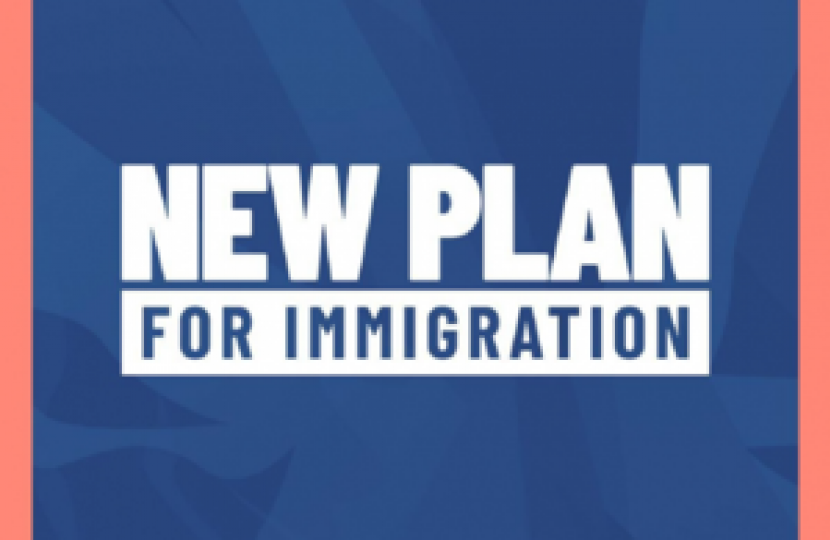 Update as of 20th July

The Second Reading opened with a statement in the House of Commons by my colleague, the Home Secretary, Priti Patel, who said:

"The British people have repeatedly voted to take back control of our borders, something that the Labour party has repeatedly voted against and complained about. The British people finally have a Government who are listening to them, because our priorities are the people’s priorities. For the first time in decades, we will determine who comes in and out of our country. Our plans will increase the fairness of our system.

"Our plan will increase the fairness of our system so that we can better protect those who are in need of genuine asylum. That is absolutely right, and it is important that we have that fair principle. However, it will also do something that I sense does not interest the Labour party: it will deter illegal entry to the UK, and, importantly, will break the business model of the smuggling gangs and protect the lives of those whom they are endangering.

"It is important to reflect on the fact that when it comes to reforming the immigration system and tackling many of these complex issues, there is no one-size-fits-all approach. I think it is important for all right hon. and hon. Members to recognise that we would be kidding ourselves if we thought there was a silver bullet and said, “There is one thing that could be done.” There are a range of cumulative issues that this legislation seeks to address."

The full debate on this key legislation can be accessed here: Nationality and Borders Bill - Monday 19 July 2021 - Hansard - UK Parliament

I want to make it clear that this Bill, which will now move to the Committee Stage, will allow the UK continue to resettle genuine refugees directly from places of danger and offer refugees family reunions. It has also been made clear to me that it will improve support for refugees to help them build their life in the UK, integrate and become self-sufficient members of society. I understand the Bill also seeks to introduce a new temporary protection status for those who do not come directly to the UK or claim asylum without delay once here but who have, in any event, been recognised as requiring protection. I believe these are all welcome and reasonable steps.

It is clear that, through the Bill, whether people enter the UK legally or illegally may also have an impact on how their asylum claim progresses, and on their status in the UK if that claim is successful. After looking into this, the UN Refugee Convention does allow for different treatment where, for example, refugees have not come directly from a country of persecution. Ie, if someone enters the UK via a safe country, where they could have claimed asylum, they are not seeking refuge from imminent peril. Therefore, returning them to a safe third country is not inconsistent with the UN Refugee Convention.

The Government has committed to review safe and legal routes to the UK for those who need protection and has a statutory duty to conduct a public consultation on family reunion for unaccompanied asylum-seeking children in the EU. You may be pleased to hear that Ministers  have met the statutory commitment to seek views on this issue through the New Plan for Immigration consultation. The Government rightly wants to listen to responses on this issue and reflect before deciding the future approach on this and on wider safe and legal routes to the UK, and I welcome the fact that the Government is now analysing the feedback received.

I will continue to closely follow the progress of this legislation through Westminster in the months ahead.

Update as of 6th July

Today, the Government have introduced our landmark Borders Bill into Parliament, which will deliver on this Government's promise to tackle illegal immigration by cracking down on people smugglers and making it harder for those who enter the UK illegally to stay.

This has been a matter countless constituents have raised their frustrations with me about, and I hope this will come as welcome news. For too long, our broken asylum system has lined the pockets of vile criminal gangs who cheat the system. This is not fair to the vulnerable people who need protection or the British public who pay for it.

That is why this new Nationality and Borders Bill will increase the punishment for people smugglers, make it a criminal offence to knowingly enter the UK without permission, and make it easier to swiftly remove those who enter the UK illegally.

The Bill will create a fair but firm system which will send a clear message to those thinking about making the dangerous and illegal journey to the UK – while cracking down on criminal gangs that exploit vulnerable migrants.

This comes as part of a wider range of changes to the UKs immigration system:

My colleague, the Home Secretary, has said the following after the announcement:

"For too long, our broken asylum system has lined the pockets of the vile criminal gangs who cheat the system. This isn’t fair to the vulnerable people who need protection or the British public who pay for it. It’s time to act.

"This legislation delivers on what the British people have voted for time and time again - for the UK to take full control of its borders. It paves the way for a fair but firm system that will break the business model of the gangs that facilitate dangerous and illegal journeys to the UK while speeding up the removal of those with no right to be here."