‘You’ve probably never heard of retinoblastoma, but can you see it?’ – Eastleigh MP joins with parents at parliamentary childhood eye cancer awareness event. 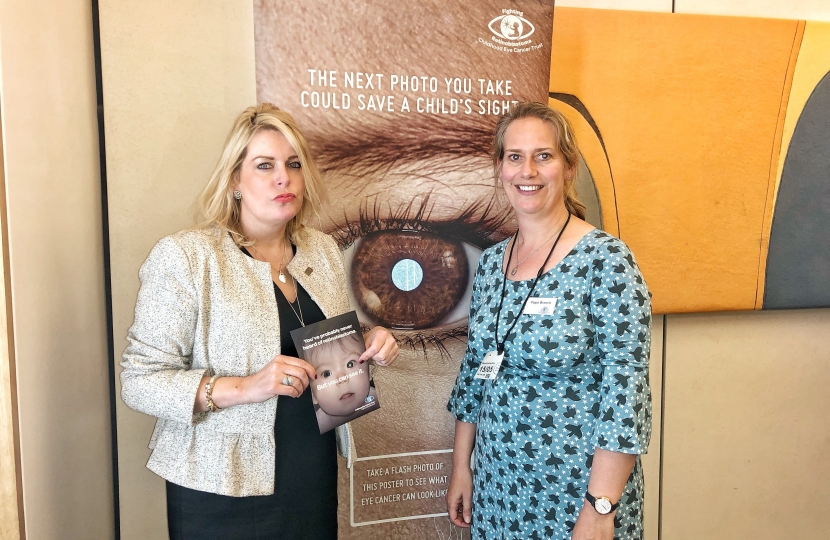 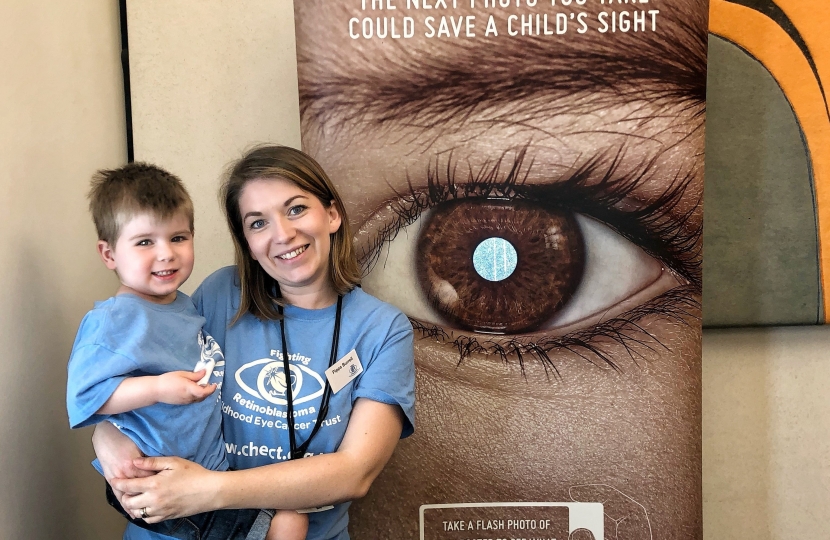 The Member of Parliament for Eastleigh, Mims Davies, yesterday attended an event in Parliament in support of Fair Oak resident, Pippa Burrell, who, alongside other parents was raising awareness around retinoblastoma – more commonly known as childhood eye cancer- a condition that her three year old son Seb was diagnosed with, and, further to receiving treatment, including chemotherapy, is now recovering from.

The parliamentary event looked to spread the word that a white glow in the eye or a squint can be a sign of childhood cancer, with currently half of babies and children diagnosed losing an eye to save their life.

“I am really grateful to Pippa for inviting me along to this really important event, and while I was really sorry not to meet her on the day, I was pleased to be able meet with other parents – including another Pippa, who’s sister lives in Chandlers Ford! - to hear first-hand about recognising the signs of childhood eye cancer, and how her daughter, at only three years old, was now doing well thanks to early diagnosis and treatment.

“It was also incredibly inspiring to listen to some of the young people in the room, some of whom had lost an eye, but were in no way letting it hold them back nor letting it define who they are. In fact, one of the girls I spoke to yesterday was herself hoping to become a specialist in the field so that she can help treat and support others going through the condition as she had done.

“I’d like to thank both Pippa’s and all of the families who made the effort to come up to Parliament yesterday to raise awareness, and I’d also like to thank the Childhood Eye Cancer Trust for all of the work that they do and support that they provide to parents, including financial support during treatment. If any constituents have any concerns I would urge them to speak to their GP – early diagnosis can help save a child’s sight, eyes and life.”

“We are so grateful to Mims Davies and the other 40 MPs for attending the CHECT drop-in event to help raise awareness for CHECT. The journey from diagnosis to now has been difficult but we have been supported by CHECT throughout and are really grateful for how they have supported Seb and ourselves as a family.

“Early detection is crucial to save eyes, sight and life, so raising awareness about the signs of retinoblastoma, such as a squint or white glow, is extremely important.”