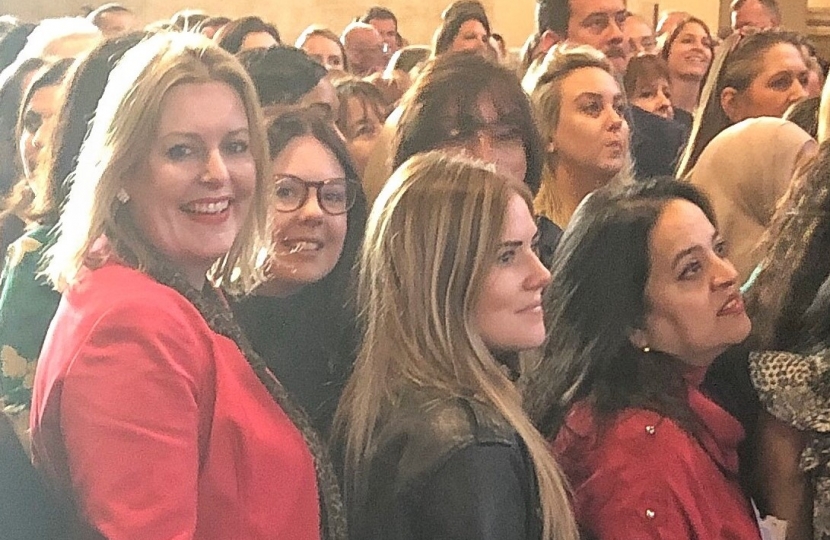 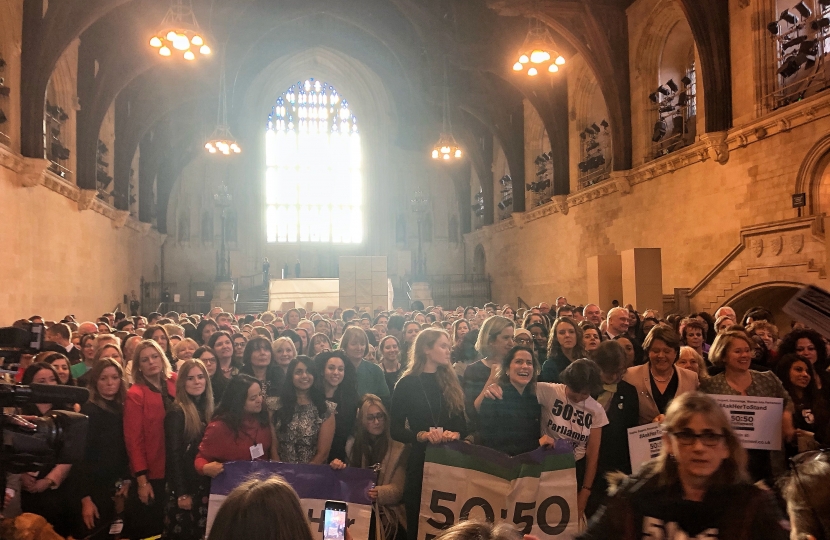 Today Eastleigh’s local MP, Mims Davies, and 17 year old Barton Peveril student, Rachael Vowden, came together in Parliament to mark one hundred years since some women won the right to vote, and stand in UK elections for the first time!

To mark the event, the 50:50 Campaign - which aims to get more women standing for elected office – ran a series of events across Parliament, and asked each MP to invite a delegate to take part, learn about women’s suffrage, hear from female politicians about their journey, and also to shadow their local MP.

17 year old Barton Peveril student, Rachael Vowden, who is currently studying politics and history, and has a keen interest in politics said:

“The event was a great opportunity to raise awareness of female involvement in Parliament, to make it more democratic, meeting lots of like-minded individuals from all walks of life. It was brilliant to get a first-hand insight into something that really interests me, representing females and helping those like myself get their voices heard."

“I want to thank Jonathan Prest at Barton Peveril for sending Rachael up to Westminster for this historic event, and also thank Rachael for putting herself forward and taking such an interest in our politics, and in particular in getting more women elected to Parliament.

“It was an incredible experience to be with Rachael in Westminster Hall, steeped in its centuries of history, among hundreds of other women from all sides of the political spectrum to celebrate one thing – that debate is better when everyone takes part, and that includes women.

“As Eastleigh’s first female MP, only the 380th woman ever elected to Parliament, as a former member of the Women and Equalities Select Committee, and as a former Chair of the All Party Parliamentary Group on Women in Parliament, today marked a truly historic moment in our democracy 100 years ago.

“Not only did it, for the first time, result in some women voting and standing in UK elections, but it also meant that many men who had fought for their country, but weren’t allowed to vote, could now do so.

“Meeting again with Rachael this evening, it was great to hear how much she gained from the various events that were taking part throughout the day, and I look forward to her joining me in Parliament. If any schools would be interested in visiting Parliament and learning about this historic moment, and many others, then please contact my office.

“This was a great opportunity for Rachael to learn more about how Parliament works and the role of an MP. Rachael was able to join Mims Davies and MPs from around the country in Parliament, marking 100 years since women were introduced in the political system and the impact of female Members of Parliament.

“It is hugely important that young people become engaged with the political process, and that we build a diverse parliament in the future, reflecting the diversity of the country. I look forward to seeing Barton Peveril students becoming MPs!”

Eastleigh’s local MP Mims Davies has toured the constituency in recent weeks taking her ‘Suffrage Talks’ to schools across our area, having already visited The Hamble School and Norwood Primary School, with Crescent Primary School and Hamble Primary School due to welcome the local MP before Christmas.