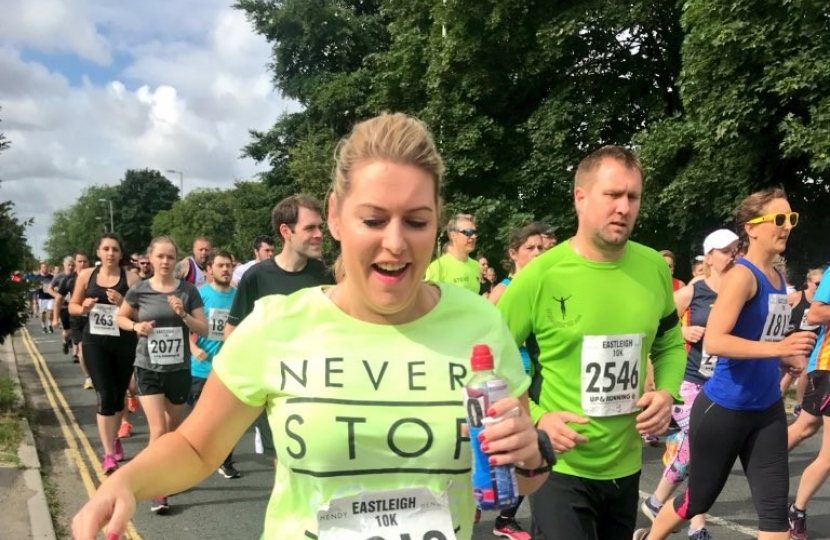 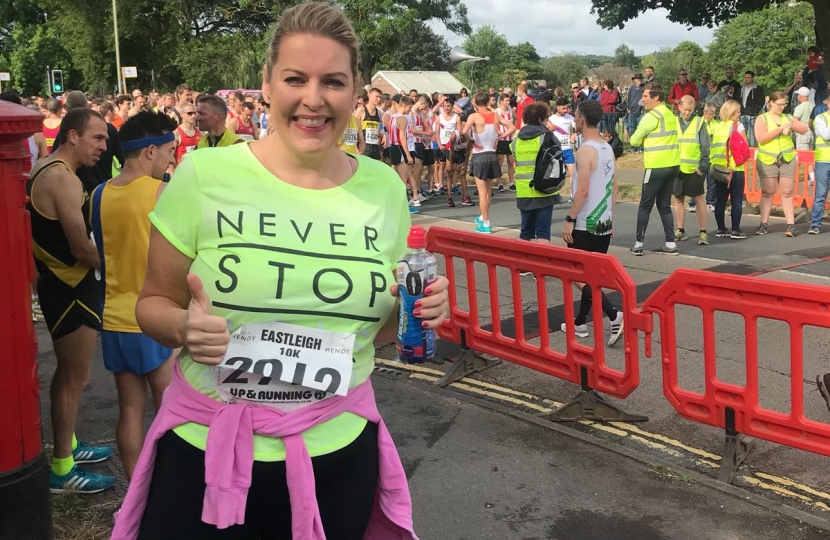 After the postponement of the Eastleigh 10K road race due to snow in March, Sunday the 17th of June delivered a damp start but turned brighter with a hint of a cooling breeze for the 9am start. Mims Davies, MP for Eastleigh, joined around 2,900 other runners for this highlight event of the South Coast 10k running season which is in its 34th year. Popular with both individual runners and clubs, this year’s race drew competitors from as far afield as Harrogate.

“I was so pleased to be able to take part in this very popular Eastleigh event. Since becoming an Assistant Whip in January, with early starts and late finishes, it has been challenging to fit in a good training schedule. Whilst I had hoped to match or improve on my record from last year I am happy to have completed this race.

“This well organised event puts Eastleigh very much on the map for road races and I send my thanks to the organisers, volunteer marshals and support staff for all their efforts.”